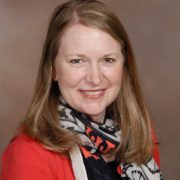 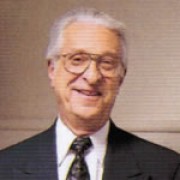 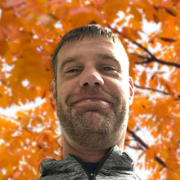 Mark graduated from Spring Arbor University with a Bachelor’s Degree in Family Life Education, and from the Ecumenical Theological Seminary with a Master’s Degree in Pastoral Studies.  He has worked with students for over 15 years, beginning with the First Presbyterian Church of Northville, followed by a move to the First Presbyterian Church of Plymouth.  After 10 years at FPCP, Mark moved to Alpha Baptist Church in Livonia before returning again to FPCP, first as the Interim Director of Students, then in his current capacity (effective April 2020).

Mark is happily married to his wife Sara, and they have two children (Abby, who is in 7th Grade, and Lily, who is in Kindergarten).  Mark loves hockey, Starbucks coffee, and spending time with his family. 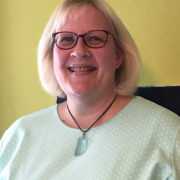 Darlene is the Director of Children’s Ministries.

As Director of Children’s Ministries, Darlene coordinates, participates in, and oversees all aspects of young children’s programs, infant through grade 5. Darlene helps develop the calendar and yearly budget for Christian Nurture, maintains Sunday School registration, directs the Vacation Bible School (VBS), recruits Sunday School teachers and executes teacher training. She also writes articles for the bulletin, coordinates children’s mission projects with the mission committees and plans special events to include children in worship, including coordinating the integration of music into Sunday School.  Darlene works directly with the Family Ministry team, the Christian Nurture committee, and the mid-week Bridge program, as well as supervises the Young Child Care Coordinator.

Darlene, along with her husband Matt and their daughter Claire, has been active in church life since the Maginleys became members of FPCP. Darlene earned her BS in Education from Indiana State University and taught pre-school for several years. At FPCP, she has taught Sunday School, and pre-school classes in Vacation Bible School and Bridge. She is a Deacon, co-coordinator of FPCP’s Prayer Shawl Ministry Group and a former long-time member of the church’s Hand Bell Choir, the Joyful Ringers. 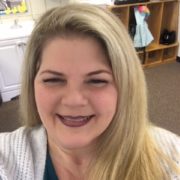 Beth Hurley is the 0-3 year old Nursery Coordinator during both Sunday worship services. In addition to her responsibilities here, Beth is married and is a mom to four boys–2 biological and 2 foster. They are 17 – 20 years old.

Beth has been a volunteer at NorthRidge Church for the past 10+ years as their Boundaries Facilitator. She is currently working on her Master’s degree in Addiction Medicine, and works with a great many individuals and families dealing with divorce and substance abuse.  Beth helped to start up a Mom’s Group at St. Thomas a’Beckett Church, as well as creating their Mom2Mom Sale many years ago.  It was such a comfort to have women who were growing their Christian families as resources and support while she was working to grow her own. That is the environment that Beth hopes to foster here at First Presbyterian.

Beth’s favorite way to decompress is to spend time in the nursery, loving on babies! Beth has infinite patience for small, fussy humans and, understanding that communication is difficult for little ones, Beth knows it is up to her to have the grace and love needed for our little ones to have a good experience at church.  Please take a minute to pop into the nursery and introduce yourself or, better yet, volunteer for an hour in the nursery each month! 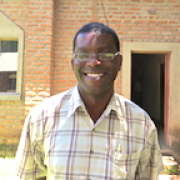 Hussein is married to Esther, and together, they have 3 boys: Mark, Arthur and Nathan.

Hussein graduated from the University of Malawi, Polytechnic in 1998 with a diploma in Architectural Technology. He joined the civil service as a secondary school teacher in January 2002. He resigned in August 2003 to continue studying, joining the African Bible College in August 2003.  Hussein graduated in June 2007 with a BA in Biblical Studies and a double minor in Mass Communication and Christian Education.

Hussein worked with college students at the Polytechnic in Blantyre in evangelism and discipleship from 2007 to 2009, then with the Yao people (who are predominantly Muslim) in Mangochi from 2009 to 2011. He took time off to study, and he is currently studying for a Master’s Degree in Christian Leadership at the African Bible College.

From January 2011 to present, he has worked for the partnership of Mtenthera and FPCP as its coordinator. He is a founding member of the Ebenezer Institute of Learning, an elementary school level for the congregation of Nkhoma CCAP. He currently serves as a board chairman for the school.

Hussein’s hobbies include reading, music, movies, learning new things, and growing things, among many other things. 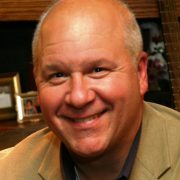 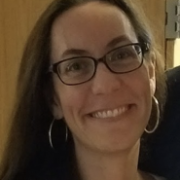 Julie is a graduate of Michigan State University with a degree in Urban and Regional Planning.  She has spent the past 10 years very actively involved in both the Livonia and Michigan PTA.

Julie was confirmed as a member here at FPCP, she and her husband Bruce were married at FPCP and both of their children were baptized and confirmed here at FPCP.  Her son Josh is a graduate of Grand Valley State University and daughter Emily is a student at University of Pittsburgh.

Julie’s responsibilities include assisting ministers and staff in information research, database creation and maintenance and other digital information related tasks. She is also responsible for creating the weekly bulletins.  In her free time, Julie enjoys reading, baking, crafting and running with Bruce. 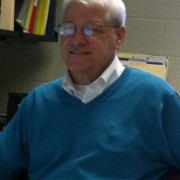 The Director of Communications and Technology is responsible for supporting the church’s overall communication activities, including the main Facebook pages for the church, the FPCP website, Livestreaming services and assisting with web-, graphic- and Audio/Visual/zoom-related requests. 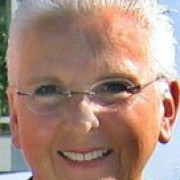 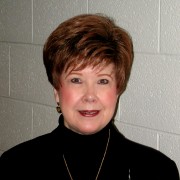